To Know Christ And Make Him Known

The Episcopal Church strives to live by the message of Christ, in which there are no outcasts and all are welcome.  Walking a middle way between Roman Catholicism and Protestant traditions, we are a sacramental and worship-oriented church that promotes thoughtful debate about what God is calling us to do and be, as followers of Christ.

Worship in one’s first language
Episcopalians believe that Christians should be able to worship God and read the Bible in their first language, which for most Episcopalians, is English, rather than Latin or Greek, the two earlier, “official” languages of Christianity. Yet the Book of Common Prayer has been translated into many languages, so that those Episcopalians who do not speak English can still worship God in their native tongue.

The Book of Common Prayer

Unique to Anglicanism, though, is the Book of Common Prayer, the collection of worship services that all worshipers in an Anglican church follow. It’s called “common prayer” because we all pray it together, around the world. The first Book of Common Prayer was compiled in English by Thomas Cranmer in the 16th Century, and since then has undergone many revisions for different times and places. But its original purpose has remained the same: To provide in one place the core of the instructions and rites for Anglican Christians to worship together.

The present prayer book in the was published in 1979. Many other worship resources and prayers exist to enrich our worship, but the Book of Common Prayer is the authority that governs our worship. The prayer book explains Christianity, describes the main beliefs of the Church, outlines the requirements for the sacraments, and in general serves as the main guidelines of the Episcopal life. 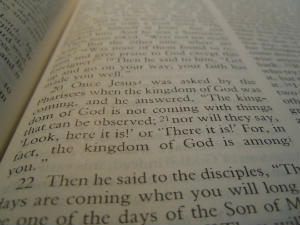 The Anglican approach to reading and interpreting the Bible was first articulated by Richard Hooker, also in the 16th Century. While Christians universally acknowledge the Bible (or the Holy Scriptures) as the Word of God and completely sufficient to our reconciliation to God, what the Bible says must always speak to us in our own time and place.

The Church, as a worshiping body of faithful people, has for two thousand years amassed experience of God and of loving Jesus, and what they have said to us through the centuries about the Bible is critical to our understanding it in our own context. The traditions of the Church in interpreting Scripture connect all generations of believers together and give us a starting point for our own understanding.

Episcopalians believe that every Christian must build an understanding and relationship with God’s Word in the Bible, and to do that, God has given us intelligence and our own experience, which we refer to as “Reason.” Based on the text of the Bible itself, and what Christians have taught us about it through the ages, we then must sort out our own understanding of it as it relates to our own lives. 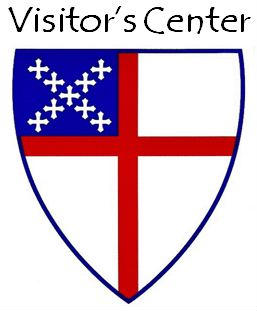